When I first went to Dubai in 2004 the city was still small and cute. None of the huge developments like The Mall, the Burj Khalifa or even the Palm had been constructed or at least finished. I remember how my friend and I stayed somewhere in downtown, near what could be referred to as “Old Dubai” but even then it was difficult to pin down the local culture.

Back then the only cup of coffee you could get was Starbucks or Costa and compared to the other stuff it wasn’t the end of the world. Fast forward a decade and you shouldn’t be surprised to find that things are starting to look quite different. Unfortunately, it’s becoming more and more difficult to pin down what the local culture really is all about. Luckily it’s not all about life inside the malls and believe it or not, a small specialty coffee scene is starting to take root. Recently I already introduced a great spot for grabbing a healthy breakfast or a scumptious lunch in Tom&Serge and in the same post I also mentioned that those guys were getting their beans from local outfit Raw Coffee. Well, here we are then. Raw Coffee, Dubai’s only micro roastery, was founded by Kiwis Matt & Kim back in 2007 at a time when people in Dubai most likely had never even heard of specialty coffee. Despite the century old tradition of coffee drinking in the Arab world, specialty coffee still stands worlds apart from what most locals are used to. Depending on where you are, coffee is a truly ceremonial drink, which is only offered when you have visitors or for a special occasion. In Oman for instance, where I spent a few days before going to Dubai, coffee is only drunk at home and usually flavoured with spices such as cardamon and cinnamon. As my Omani friend said to me about all the chain outlets around Muscat: “People don’t like the coffee. They like that they can sit there and chat but the coffee…? It’s too strong!”

When I left Tom&Serge to go find Raw Coffee I heard from an insider that Matt & Kim would not be at the roastery that day but no matter. I was keen to see the place with my own eyes first before determining whether it was really all that great. My friend Rahul and I got a bit lost trying to find the well hidden roastery and I blame it all on Rahul’s terrible navigation skills (if you’re reading this – you know I love you) but once we found the right spot, parked the car and went inside I quickly realized that this micro roastery wasn’t all that micro and that these guys were bloody serious about bringing great beans to Dubai. The place is housed inside a large-ish warehouse with huge stacks of green beans greeting each visitor. To the left is the Espresso bar and just behind you can find their slow coffee brew bar. At first you don’t even see the roastery as it’s slightly obscured from view in a seperate room but after taking a good look around you cannot miss their lovely set up. Most of the roasting is done with a good looking 18kg Coffeetool roaster while there are also a Probat and Dietrich sample roaster. The roastery was officially closed today but I still managed to sneak a good photo. As I returned from my inspection of the airy but slighly poorly lit mezzanine, which features many comfy sofas, I approached some of the ladies who were milling around the Espresso bar. Rahul and I both ordered a Flat White to start with but soon Rahul was out the door again to head back to the office so I was left with 3 very friendly latinas who were more than happy to share Raw’s story with me.

Joana, Carolina and Maria Eduarda all hail from South America and speak a very interesting mix of Spanish and Portuguese with each other. Add my Mexican Spanish and we were all throwing words around the room that some of us had never heard before. Interestingly, not unlike Matt & Kim, none of these girls had anything to do with coffee before they came to Dubai but now they’re all trained baristas and they all favour different brewing methods. After I had gulped down my Flat White I asked Joana to prepare a cup of their Mexican coffee using an aeropress. It was good to see that at least somewhere in Dubai you could get slow brew options even if you had to go to an actual roastery for that. Beggars can’t be choosers right?

Despite being in an industrial park somewher in Al Quoz, the girls told me that they have certain customers who drive up to 45 minutes from their offices to get their lunch break cup of coffee here. “It’s crazy right? They get in the car, drive 3/4 of an hour, sometimes even more, just to get that one cup of coffee before they drive back for the same amount of time. I mean this can either only mean they absolutely adore our coffee or the coffee at their work is so bad that they simply cannot take it anymore,” Carolina laughed.

The head roaster here is a Nepalese man called Kushal Balami who was crowned UAE barista champion in 2013 and according to the girls Kushal has his very own ideas about the roasting process. Too bad I didn’t get to meet him on this occasion. Indeed one of the things they are doing here is to take the local coffee culture into consideration by offering even slightly darker roasts to accomodate the Arab pallet. The coffee he won the championship with, their Colombia Nabusimake is the coffee I decided to take home as it was also one of the only ones they had available as a filter roast. Being one of the only specialty coffee roasties in the whole UAE has given Raw Coffee a bit of an edge with regards to supplying other local businesses with custom made roasts, such as the one they created for Tom&Serge. Yet, although whole sale is a very big part of their business, Raw Coffee are currently working on opening their own set of stores around town to make sure people no longer have to trek across Dubai for a yummy Flat White to go. Their first store will be near the airport and there are plans to open a bunch more before the end of the year.

I think one of the things that I found most interesting is how the guys at Raw Coffee put a lot of emphasis making sure their coffees are all fair trade and organic. In a country that lives off slave labour to bring the glitz it may only be a drop in the ocean but it’s good to see that Matt & Kim take a firm stance on helping coffee farmers earn a decent living. For the time being, Raw Coffee is certainly setting new standards in a local coffee scene that is really in its earliest of beginnings. Definitely worth a visit! 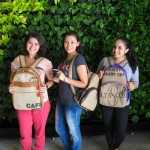 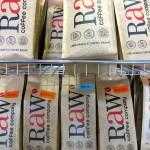 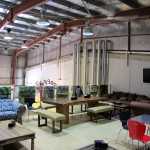 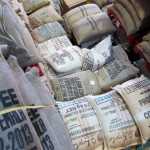 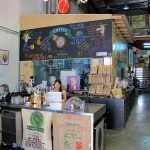 Hi Dan. If you'd like to contact Raw coffee to sell your beans, please visit their website and speak with them directly. We just posted a review of their café and roastery. Best, The Coffeevine

Dear Sirs, My name is Joseph Daniel Mooney and I own a Coffee Estate in the Western Highlands of Guatemala. I produce Specialty Coffee SHB single source. I will be in Dubai on the 25th of May and can meet in your office in the afternoon. Please let me know if you are available to meet to discuss business opportunities to sell my high quality single source coffee beans. Sincerely yours, Dan Email: jdmooney61@hotmail.com

[…] and roasts on the site locally in Dubai. It was founded by Kiwis Matt and Kim Thompson in 2007 (thecoffeevine). The roastery is located in Al Qouz, Warehouse 10, al Manara in Shaikh Zayed Road industrial […]