Tucked away in a small alley, just off one of the city’s main arteries is a tiny gem of a place, where great coffee meets local design and very randomly, cheaper-than-highstreet Apple products. You really wouldn’t even know this place was there unless you happened to take the passage that it’s on as a shortcut towards the Danube, or you’re simply “in the know”. How did I find out about Kontakt Design Store as a short term visitor to Budapest? I was told, of course. Wink, wink.

When I first arrived in Budapest I posted a picture of a coffee I was drinking and shortly after I received a message from a certain Peter on The Coffeevine’s Facebook page, informing me that he ran a small shop, which specialized in various items, which I mentioned above. He also said that he would be thrilled if I could swing by. I was actually quite surprised by Peter’s message because until this point I had not covered any specialty coffee shops in Budapest and I didn’t realize people there were even aware of this blog. On the other hand, I was naturally delighted to get his invitation.

After already having visited three specialty coffee shops that particular morning, I took a little break from all the coffee sipping and went to grab a salad at Sal. This small salad bar, which reminded me quite substantially of the various salad bars that have recently appeared all over Amsterdam, was very quiet at this time and I had the place to myself. Once I felt like the various greens, lentils and other healthy foods had absorbed some of the caffeine in my body I got ready to tackle the last three places on my list. The outside inside the small passage

I have to admit, when I first read up on Kontakt Design Store, I half expected it to be one of those super fancy hipster shops, full of all that typical “design” tack that you find everywhere these days. I also expected it to be much, much bigger than it actually is. It was therefore a rather pleasant surprise that Kontakt Design Store is pretty much the total opposite of what I had had in mind. Owners Peter and Anna are super friendly people and very happy that I had taken the time to pop in. Peter told me: “We know we’re a little hidden from view but we don’t want to be a mainstream store. The brands and coffee we offer all stand for something special.”

While I inspected the various items on the shelves, I recognized at least one brand from my own use in the past, the famous Mighty Wallet. My other personal favourites were the gorgeous backpacks by Blind Chic and the iPad cases by Ducsai Judit, which are all designed and made in Budapest. I picked up one of the backpacks – very tempted to buy one – with handy pockets and a very beautiful finish. Jeez. If I wasn’t trying to start a business and having to look at my pennies I would totally have gotten one there and then. They weren’t cheap but considering the handicraft, totally worth their price tag. Lots of lovely products for sale

“Enough now Peter. Let’s talk about coffee,” I offered as I took a seat. Kontakt Design Store was already the second place today where I saw beans from Casino Mocca and here they had the Flor del Cafe from Costa Rica. I requested an Espresso, just to mix it up a little and when Peter handed to me a little cup of freshly pulled liquid gold, I could already smell a bouquet of stunning flavours that really took me by surprise. I took two big gulps and waited for the Espresso to work its magic on my tongue. It was pure dark chocolate and citrus. Like zingy orange zest. “That’s exactly what we tasted too!” Peter and Anna exclaimed.

It’s good to see how these guys came a long way from first serving Illy and then deciding to get themselves a small La Marzocco GS3 and choosing to go with Casino Mocca for all their bean requirements. “We are completely self-taught baristas,” Peter explained. “Once we’re completely comfortable with our coffee making skills, we’re going to start offering slow coffee as well. Hopefully that won’t be too long.”

Maybe you’re wondering why I didn’t mention the Apple products. Well, there weren’t any on display. Although the guys here pride themselves on offering every current Apple product at below Hungarian retail prices they don’t keep any in stock. Instead, if you want to buy something, you come in, order it from them and they get your Apple Macbook from Austria. Because it’s cheaper there. That’s how you carve out a niche! 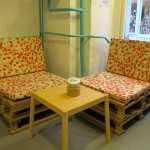 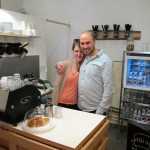 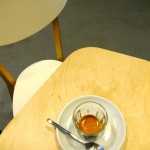 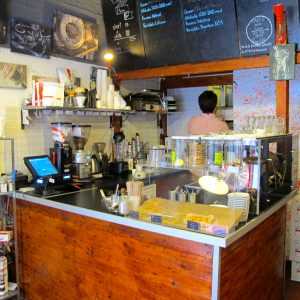 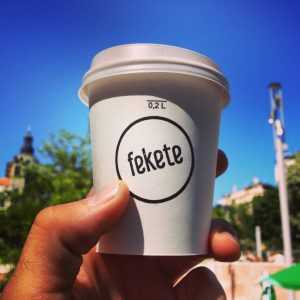 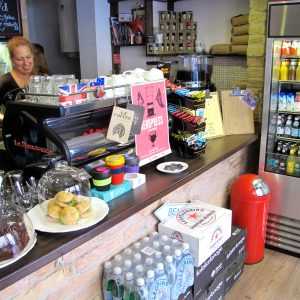 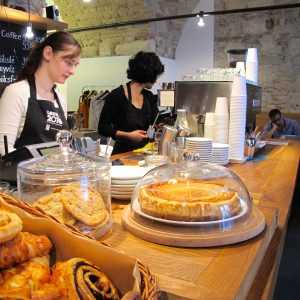