If the capetonian specialty coffee’s scene early beginnings can be traced back to one place then it must be this.

If the capetonian specialty coffee’s scene early beginnings can be traced back to one place then it must be this.

Cape Town’s specialty coffee scene is a true surprise for anyone who goes to the mother city with little or no clue about he or she will encounter there. As a European spoiled for choice, it is refreshingly sobering to learn that South Africa’s most scenic city is much further ahead than many European capitals, a place where a great cup of coffee is relatively easy to find. Not something that can swiftly be said about Paris, Zürich or Rome. The view from the street

As is the case with every movement, you can almost always trace it back to one or two origins and in Cape Town’s case, you will find that most roads lead back to the aptly named Origin Coffee. Note: it is not related to Origin Coffee from the UK.

Founded by Joel Singer with a bit of help from David Donde back in 2006, Origin Coffee practically set the scene for the entire local specialty coffee movement that followed in the years to come. Joel, who is Canadian, initially came to Cape Town after leaving behind a job at Microsoft and finding himself falling in love with the city and one of its residents. Many years later, he’s running a mini coffee empire that has seen more than 4.000 baristas walk through its doors and greatly influenced what has become the entire continent’s most exciting specialty coffee scene. Housed inside a truly historic building on the Waterkant that was once home to a tobacco and snuff factory and later witnessed the meeting of the first capetonian labour movement, Origin Coffee comprises a coffee bar, restaurant, bakery, training space, kitchen and roastery. Brand Manager Petra Pavlovic, who met me upstairs and shed more light on Origin’s origins – pardon the pun – explained: “Since day one Origin has been really involved with the local community and very adamant about transparency and traceablity. We want people to understand that coffee is not just coffee.” Keeping a watchful eye on the door

At that moment, Joel Singer joined our table and jumped into the conversation by saying: “You’d be surprised to know how many South Africans think that coffee actually comes from Italy. Like, it’s actually grown there. What we want to achieve at Origin is to tell the tale of coffee and offer everyone an opportunity to get to know coffee properly.” As if to underline his point, right then, a foodie tour group filed past us and sat down in the training area where they were being about to be told the exact tale that Joel refered to earlier.

Joel took a sip of his coffee and almost got lost in his thoughts before saying: “There are a few coffee shops that have turned into mini-chains where the quality really deteriorated as they grew bigger. I mean it’s hard to keep consistency if you’re trying to replicate the same model in dozens of different locations. That is why we only have this roastery and café, one in Johannesburg and a few small stalls here and there.” A closer inspection of the coffee menu revealed a skillfully curated list of single origin coffees that underline Joel’s ambitions. From a Rwanda, BUF peaberry to a El Salvador Finca Lorena, Origin only sources truly outstanding specialty coffees that set the bar high for other roasters to follow. In the restaurant downstairs you can buy homebaked sourdough bread or enjoy a variety of breakfasts dishes that include ‘Joel’s Montreal bagels’ as well as other local favourites such as Shashuka and eggs on toast. Wash it all down with an expertly prepared cuppa Joe(l) and you’ll end up with an excellent introduction into the local specialty coffee scene. And as Joel said when we said our goodbyes: “We’ve got a few surprises in the pipeline. Watch this space.” 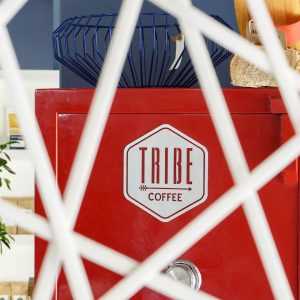 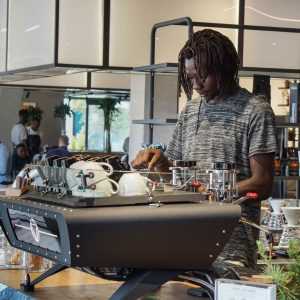 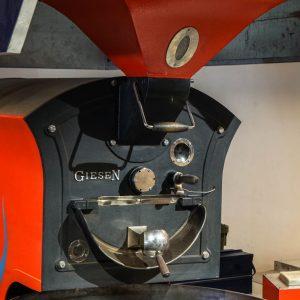 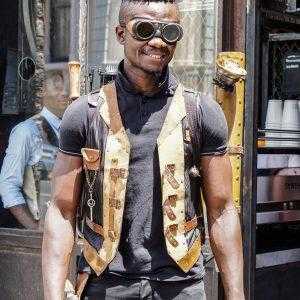