Have you ever thought about which cities you’d love to live in as opposed to just visiting them for a short holiday? Admittedly, my own short list of cities where I’d like to live one day is pretty short while my bucket list for places to visit is eeeeendless. However, Dubai would not feature in my first list. Thus I was quite keen to hear my old friend Rahul’s reasoning for why he loves his adopted home of 25 years. “I would never come to visit Dubai,” he said. “There’s literally nothing to do here. But for living, it’s the shit.” I slightly raised my eyebrows at him while taking in the various skyscrapers that we were rapidly passing on Zheik Zayad Road as we were heading towards the southern part of the city. “Honestly man, the quality of life here is unrivalled. Sunshine year round, no taxes, petrol is cheaper than water and you can get anywhere in a reasonable time,” Rahul told me with a staunch conviction. I guess if anyone should know then it’s him. Still I wasn’t convinced. And what about the coffee? Would I be able to get a Flat White here that would even remotely resemble what I was used to in Europe, even if it was just 50% similar? “Don’t worry mate. I know just the place,” Rahul said as he kicked the gas pedal of his Range Rover and we sped down the highway. View from the balcony

The next morning I arranged to meet him at a place called Tom&Serge, which he described as “a gift from heaven” because they made a mean Flat White and they were located just below his office. I arrived a bit earlier than planned and was a bit confused about my whereabouts at first. After we passed the Mall of the Emirates we drove into an industrial area called Al Quoz. This didn’t seem like a place where Dubai’s hippest café was located, but as with many things in this town, you might need to look twice to see the real deal. When my taxi pulled up outside the destination I immediately got go the idea. Industrial + slightly off the beaten track but still easy to reach because everyone has a car + big open space = recipe for success.

One of the first things that struck me was the sheer natural friendliness of the staff and the excellent customer service that came from it. That is always a good sign. I truly dislike nothing more than hipster places that treat you like garbage because. I took a place by the window and asked the waitress who a certain Jamie was. Side note: Once Rahul had dropped me off at the hotel I took to Twitter to see if I could get some decent recommendations for good places to get coffee. The response was quick and efficient, including one from Tom of Tom&Serge who said: “Dude, come in tomorrow and have a chat with Jamie. He knows everything there is to know about coffee.” Bingo! Before I knew it someone clapped me on the back and introduced himself as the head barista, Jamie. Splendid! “What’s going on man?” I said. “Dude, you came at a good time. This is the small morning lull we have before lunch. Acutally, fancy a coffee?” “Yes indeed. Flat White?” “Done!”

Jamie scurried off while I looked around the wonderfully open space that Tom&Serge occupies. The massive main room, with its high ceilings, open kitchen and floor to ceiling windows feels both warm and welcoming without ever seeming too industrially cold. A massive blackboard features all sorts of fun bits of info including a vague promise of a fat unicorn (currently out of stock) and a question that reads: “What would Tom Selleck say?” I wonder.

Upstairs there’s a large balcony area with several communal tables as well as a few comfy sofas and a second extra Espresso bar. When Jamie returned I asked him where the slow brew bar (advertised on the black board) was to which he replied: “Yea we got rid of that. To be honest with you, peeps here are just not that into filter coffees. We had a lot of problems with our house blend at the beginning because people thought it was too acidic.” “You mean the local Arabic customers?” “No! The Aussies and Kiwis and people from London! I know it’s hard to believe – my jaw had dropped at this stage – but a lot of them have been here long enough to have missed the specialty coffee wave back at home. The locals love whatever we serve but we only have about 10% locals coming in here.”

Jamie joined Tom&Serge just before they opened about 4 months ago and has since trained a few baristas while also working with Raw Coffee Roasters – another local outfit – on creating a blend that would work the best for the local crowd. Their current Espresso blend consists of 60% Peru, 20% Colombia and 20% Mexico. It’s quite a mild blend that doesn’t overwhelm you with the acidity you’d normally find in African coffees and while they don’t offer slow coffee, their Espresso based drink selection is quite extensive. Jamie ran off again to help behind one of their La Marzocco Stradas and soon after Tom popped over to have a quick chat. While keeping a very watchful eye on the massively increasing number of lunch customers, Tom elaborated a bit more on their choice of location and how him and Serge actually met. Being an Aussie with lots of years in hospitality, Tom was already very familiar with the concept of: good food + good coffee + good service = happy customers. Him and Serge met in Abu Dhabi in 2011 and quickly realized that despite their various differences, they could make really good business partners and thus the idea for Tom&Serge was born. Tom said: “The menu here changes every 3-4 weeks. I try to keep things fresh and interesting so that people never get bored. I’m glad we got Jamie on board to take care of the coffee because he really knows what he’s doing. Have you had lunch yet actually?” I checked my phone for word from Rahul, which told me he was “stuck in a meeting” so I went ahead and ordered the pumpkin, sage and feta croquettes. In the end I got the courgette and ricotta fritters with smoked salmon and poached eggs instead but who am I to complain?

By the time I finished my plate the place was very seriously packed. People had to wait for a table but luckily Rahul and I got a table upstairs so he could eat his healthy salad and I could sample their cold drip coffee. This was made with a Yirgacheffe and despite risking to piss Jamie off, I requested some ice cubes. I just love this coffee ice cold. Funnily enough, this was one of things Rahul had warned me of: “Don’t go in there asking for extra hot or caramel flavour. They’ll literally show you out the door.” I was like “really?”, but after reading on their menu: “Our milk-based coffees are made with milk steamed to <65º. Please let us know if you think this won’t be hot enough for you, and we’ll help you out… the door. Just kidding!” I figured Rahul wasn’t lying.

Going back to the introductory part of this post, I can really see why Rahul says that Dubai is a great place to live – which my friend David, who also lives out there, dittoed on. Although most of it is artificial and there is little culture to be found here, Dubai is a place that’s awash with opportunities. Got an idea? You are most likely going to have success setting it up there and with so many expats living out there, you’re bound to have a solid following in no time. “Imagine this,” Tom said. “We’re one of the first cafés to offer this kind of experience here. London, L.A., Sydney, they’re all flooded with great places to eat and hang out. Dubai isn’t. Another good reason to set up shop here.” If only it didn’t get so bloody hot in the summer. Sorry, I had to find something to critize, haha. 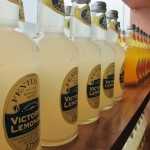 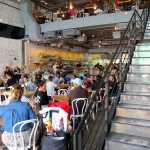 Most packed during weekend lunch times 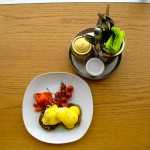 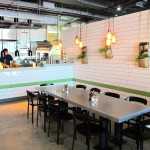 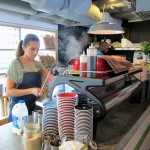 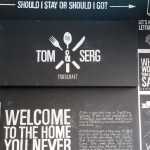 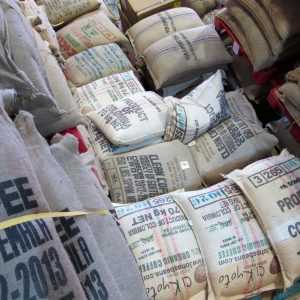