In the beginning there was Filtry

In the beginning there was Filtry 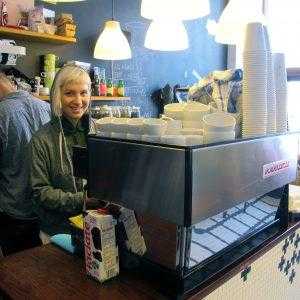 When my boss told me a few weeks ago that she wanted me to go to a workshop in Warsaw I was thrilled for the opportunity, not so much the city. The one and only time I had ever been to Poland before I went to the far South (Krakow) and the far North (Gdansk) of the country, leaving Warsaw out completely. Since then I’ve heard mixed reviews but like many Eastern European cities that got flattened in the war and uglified by communism, Warsaw must have some charms, somewhere. Well, since on this trip I wouldn’t have much time for extensive sightseeing, I focused my attention on finding out if the Polish capital had any specialty coffee scene to speak of and if so where I could find the best place to get great coffee. The lovely bar with loads of freshly made sandwiches and cakes

My first point of call was a blog by Norwegian coffee roasters Solberg & Hansen who had sent one of their guys on a trip to Warsaw in 2011. Ok, this was starting to look promising. In this blog they talked about Lukasz Jura of Colours of Coffee who had taken Solberg’s roaster Audun Sørbotten on a little trip around Warsaw so, wasting no time, I emailed Lukasz with the following words: “I LOVE COFFEE! WHERE CAN I GET GREAT COFFEE IN WARSAW? HELP! THANKS THE COFFEEVINE!” Lukasz promptly replied with a list of great places to visit and one of them, it had to be, was right behind the hotel I was staying at. Thanks so much for the tips!

So on my first morning in Warsaw I braved the icey cold and went for a walk to find Filtry Cafe. After finding the right street it still took me a while to spot this lovely little place at first. Once inside though I could immediately tell that this was my kind of spot. After ordering my usual Flat White I immediately engaged barista Rachela in a conversation to find out a bit more about Filtry and the people who work there. One of the things that I loved the most was that Filtry Cafe effectively was Warsaw’s first ever specialty coffee shop when it first opened 5 years ago. What are the chances!

Owned by couple Conrad and Magda, Filtry Cafe has since become the place where many of Warsaw’s contemporary baristas learned their skills and everyone I talked to later spoke fondly of this happy little bar, which is tucked away in a residential neighbourhood West of the center. After I got my coffee, I took a seat at one of the tables and watched how Rachela and fellow barista Alanek served all early morning customers who were popping in for their pre-work caffeine fixes. Despite being slightly off the beaten track there was a cheerful crowd gathered here at this early hour.

“I’m just going out for my morning cigarette break, then you can ask me anything you want”, Rachela told me while pulling her hoodie tighter around herself to brave the freezing cold outside. While she was outside I took a peep at the various slow coffee equipment that was 0n display (including a Chemex and a Syphon) and inspected the grinders to see who was providing them with their beans. Drop Coffee from Sweden was one of them while the filter roasts are delivered by local boutique roasters Kofi. Funnily enough, while I was standing there looking important, Monika Jozefowicz from Kofi popped in to deliver a box of freshly roasted coffee. “Don’t you just love our bags?”, she said. After inspecting the cheerful slogan on the front, I couldn’t say anything other than: “YES!” 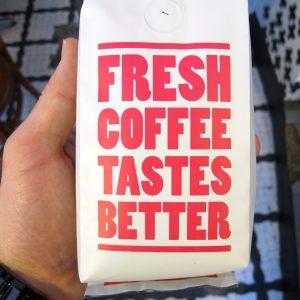 Rachela later told me that Filtry Cafe is basically never closed, only like 1 day a year or so but she couldn’t remember which day that was. During the week they’re even open till 9pm. Seriously, when will Dutch specialty coffee shops finally catch on?

As my Flat White was coming to an end and I had to run off to my workshop I promised I’d return the next morning to try one of their delicious looking drip coffees. This was indeed promising to be a great coffee experience in a rather unexpected environment. 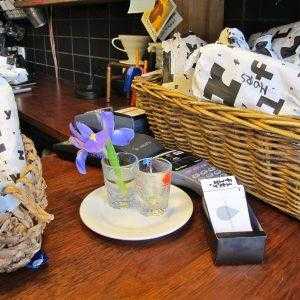 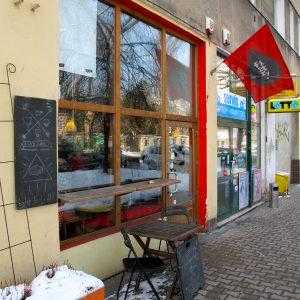 Blink and you miss it 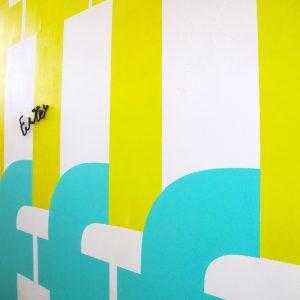 Lots of colours on the walls 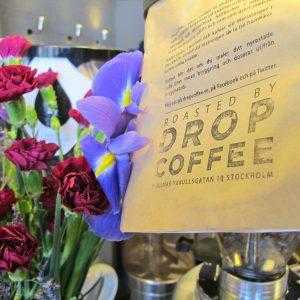 Drop coffee was one of the coffee guests 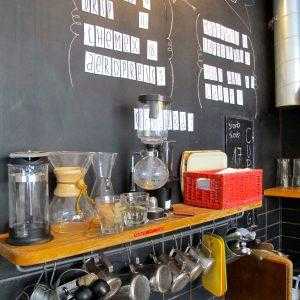 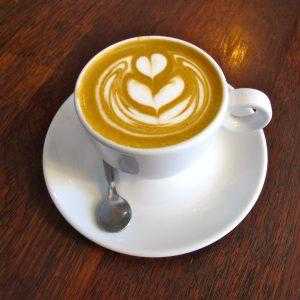 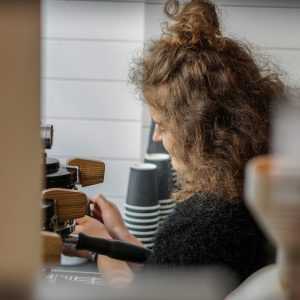 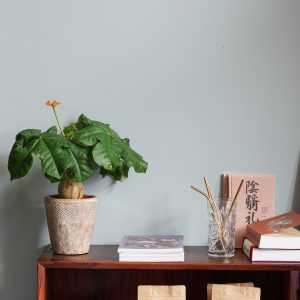 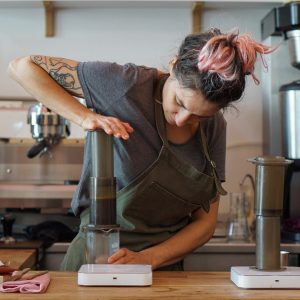 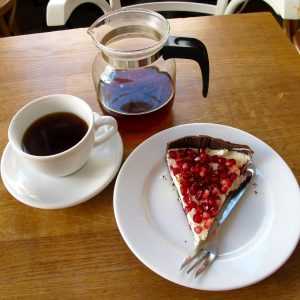 Such a relief to find there is 3rd wave coffee in Poland!! You are my current hero for posting these reviews as I am headed there this weekend. Did you find that the employees were happy to speak English with you? Or are you lucky enough to have a handle on the Polish language?

Appreciation to my father who informed me about this blog, this blog is genuinely amazing.

[...] gets even more transnational: the Belgian started his coffee career three years ago in Poland, at Filtry Cafe in Warsaw (official website here). Two years ago, he moved to Sweden. Why? “I’m probably [...]

[...] gets even more transnational: the Belgian started his coffee career three years ago in Poland, at Filtry Cafe in Warsaw (official website here). Two years ago, he moved to Sweden. Why? “I’m probably [...]

[...] visit the 4 places that I had been recommended by some of the coffee loving locals who I had met at Filtry Cafe and Kawki na Stawki. In the end I decided to jump on a southbound tram to check out the one place [...]

Check out this List I made on @foursquare: Best Coffee in Warsaw http://4sq.com/16bl7BA

Have you been to Relaks yet?

This place is darling! I'm adding Poland to my list of must-see places.