It had been a while since we last visited Munich, capital of Bavaria and home of BMW, Oktoberfest and Germany’s closest thing to an autonomous ‘break-away’ region. Governed by its very own CSU party, Bavaria has always claimed a special place in modern Germany, and despite often being referred to as ‘too tame’ by Berliners and Hamburgers alike, Munich has boundless charms. 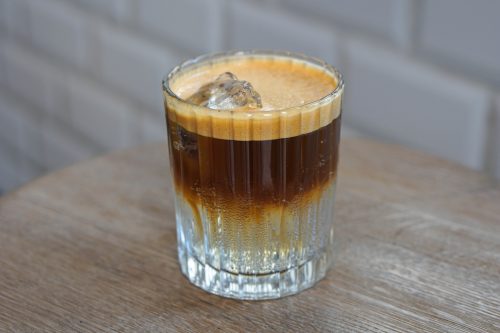 When it comes to specialty coffee, things look a bit less exciting. Despite its size, Munich trails far behind many of its other German siblings in terms of vibrancy and choice. Thankfully, there is one pioneer who has contributed a huge deal towards putting the country’s third largest city on the map. View of the bar

Founded by Marco and Cornelia Mehrwald, Man versus Machine quickly became a household name across the country and further afield. Almost too progressive for its surroundings, Man versus Machine is widely considered one of the most exciting coffee roasters in Germany and we were very lucky to work with them for our April ’17 coffee box recently.

Their main HQ on Müllerstrasse is a homely and light affair with lots of playful interior design elements, a large bar and adorable staff. Offering a range of delicious coffee beverages that range from freshly brewed filter coffees to espresso-based drinks and refreshing options like their espresso tonic that goes down a treat when it’s hot outside. At the back of the space is Marco’s Probat roaster where he roasts his fresh selection of exquisite coffees, such as the wonderful Indonesia, Toarco A that we selected for our April ’17 coffee box. The space may be cozy, but it offers a great opportunity to be close to the action and consequently leave with one or two bags of freshly roasted beans to brew at home. Man versus Machine are very clear about what they work with, more so than most other roasters. Marco wants people to understand that coffee is a fruit and that coffee tastes more delicious and exciting when it is roasted to bring out all of its flavours, rather than shred them to pieces by turning these delicate cherry seeds to coal. While Münchiners are used to a very high standard in every sense of the word, the city could do with a few more daring coffee professionals like Marco and his excellent team to really push forward the city’s specialty coffee scene. I mean, it cannot all be Weissbier, Wurst and Bayern Munich, right? 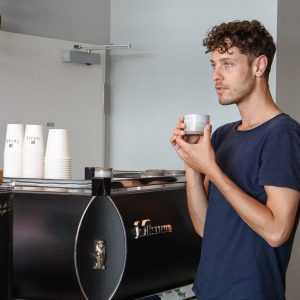 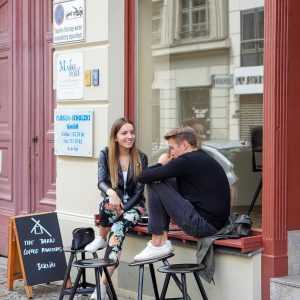 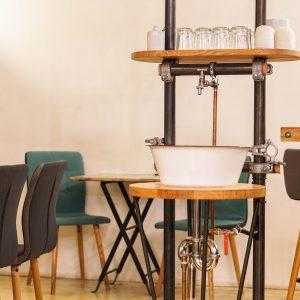 Beside the fact that I really like man vs. machine, Marco and his coffees, there are some more coffee places in munich. Café Bla - Nordic coffee culture Standl 20 - powered by jb kaffee - there great bartender and Barista Timon won the coffee in good spirit competition Vits der Kaffee - beside the Supremo (close to munich) they are the real pioneers of the munich coffee scene. They roasted bright cup of excellence coffees years before man vs. machine was founded. Specialty coffees in a wide range, seasonal 87-92p. Supremo have there own green coffee competition in Brazil and Costa Rica, they built the world known comandate grinder. Gang und gäbe roastery - they do only direct Trade coffees Don’t judge our city that hard